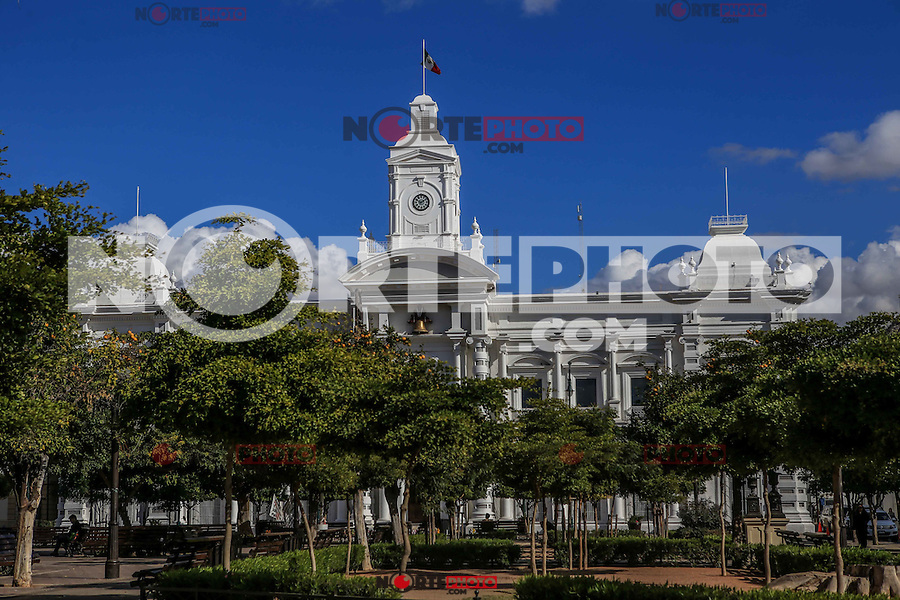 Plaza Zaragoza, located in the Centennial neighborhood of Hermosillo, to its surroundings is the Government Palace, Cathedral, Plaza Alonso Vidal, ISSSTESON among other historical buildings in the capital of Sonora Mexico.
© Photo: Luis Gutierrez

Sonora government palace, built in the sixteenth century to the nineteenth, is part of the national catalog of historical monuments, buildings of the National Institute of Anthropology and History (INAH), governed by the Federal Act on archaeological, artistic and historical areas. It opened on September 10, 1859 as City Hall and in 1882 became the hitherto Government Palace, where he manages the first woman governor, Claudia Pavlovich for the next six years.
© Photo: Luis Gutierrez / NortePhoto
Luis Gutierrez
Plaza Zaragoza